Coaching from the Sidelines 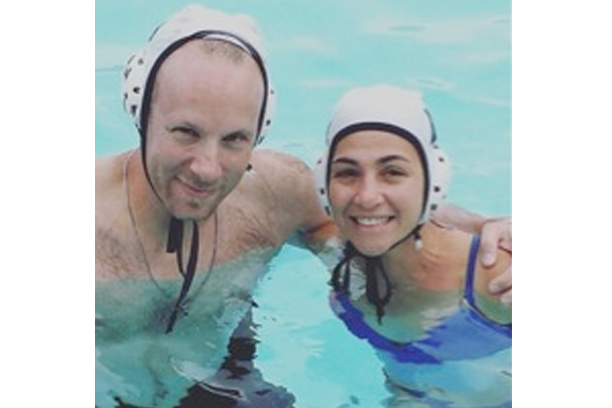 Today’s parents are not just parents. They are coaches and referees and umpires. I don’t mean the kindhearted people who volunteer their time. I’m talking about the parents on the sidelines. As parents, we don’t just watch our children play sports any more. We are in the game.

Lately I have been focusing on how parents behave at my kids’ games. I have seen some ugly behavior. So many moms and dads have no qualms about yelling at umpires who are only behind the plate because no one else volunteered. I recently saw a parent scream at his kid, “Come on! You can do better!” The child was 8.

I never viewed myself as that kind of mother. For the first few years of parenting my husband and I avoided organized sports. Our kids weren’t competitive killers chomping at the bit to play on a team, and we were plenty psyched to keep our weekends together as a family.

Inevitably, though, our kids decided they wanted to get in the game. My son played baseball and basketball. My daughter, who never cared much for sports, was strongly encouraged (by us) to find a healthy physical activity. She chose water polo—a game we knew nothing about.

Three times a week I watch my daughter in the pool and twice per week my son is on the field. After seeing the craziness many parents bring to youth sports, I was determined not to join the insanity. I wasn’t going to yell or advise. I wasn’t going to praise every minute play or action. My plan was to simply enjoy watching them enjoy themselves.

Only I couldn’t. As much as I tried, I still found myself shouting. I wanted my daughter to swim more aggressively. I wanted my son to put his hand behind his back while catching. He should swing through the ball more. She should call for the ball more. Blah blah blah. I became so disgusted with myself that I became determined to sit at a game and say not utter word of advice. But, well, I couldn’t do it. I failed. Repeatedly.

And then, in eight minutes, I was cured.

My daughter’s water polo team had a family polo game, kids against parents, yesterday morning. My husband and I suited up, put on the ridiculous headgear and eagerly jumped in. The old folks warmed up for a minute and tried to stay afloat. Everyone was laughing, giggling, having a fun ol’ time. Then, one second after the initial whistle from the coach, it became clear this was no laughing matter. We had to swim back and forth and back and forth. I could barely keep my head above water while trying to throw the ball. Another player nearly drowned me, appropriately, trying to get the ball (She’s 9). After three minutes I was tempted to tap out.

I didn’t, and wound up playing a whole eight minutes. I didn’t do the team’s requisite 20 laps as a warm up, and I didn’t practice for another hour after that. Eight minutes total. As I clumsily slogged out of the pool, deprived of breath and barely able to pull my own body weight, I realized I had no business telling my daughter what to do in the water (and there is no added benefit to nitpicking my son’s game, either).

My kids are not playing sports for the scholarship potential. There is absolutely no justified reason I need to coach them from the sidelines. The only outcome I can see is that they get so sick of hearing my commentary that they stop playing. I read in a recent survey that 70 percent of kids stop playing sports by 13. I can see why. There is so much pressure even without comments from the bystanders. From now on I am a spectator. I am not there to help my kids get better or stronger or more adept at the game. I am not there to teach the coach or the umpire how to do their jobs. I am simply going to enjoy the game, keep my big mouth shut …