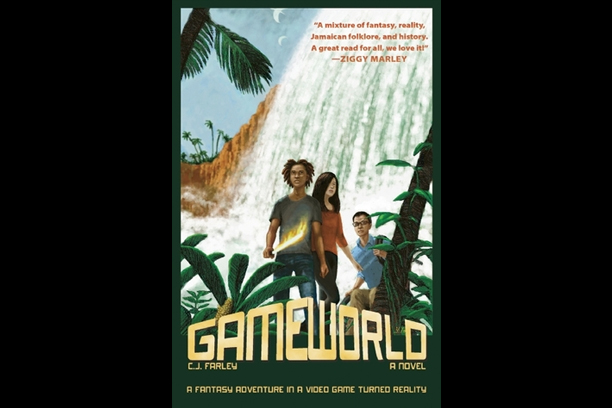 Lately I have been obsessed with young adult literature. Wonder, The Book Thief and The Fault in our Stars are some of my favorites. I enjoyed them as much (or more than) any ‘grown-up” books. Somehow, when they’re done well, teen-themed books seem to get to the heart of life’s struggles.

I recently read an advanced copy of Game World by C.J. Farley. Game World, released this week, is a story about an unpopular boy who is really good at video games. It turns out that he has an opportunity to not only play the game, but live the game in reality when the game world becomes the real world through a portal.

I am not much of a video game person and, quite frankly, I try to limit my kids’ use of screens. So I didn’t think a book about video games would be for me or my kids. But this book is special.

Farley sought to write a book that showed characters not readily visible in other books for young adults. Typically there aren’t people of color or those with disabilities offers as main characters. But Game World highlights both. And stereotypes are turned on their heads. Instead of the kid in a wheelchair being timid and afraid of life, he is so strong that he boosts up the courage of his able-bodied friend.

Another area of C.J. Farley’s brilliance is that he found a way to get kids who are interested in video games to read. Game World is an adventure set in a video game. What a smart bridge for kids resistant to reading!

I highly recommend Game World for kids in 4th – 12th grade. Parents can read it too and love the characters and story just as much as the kids.